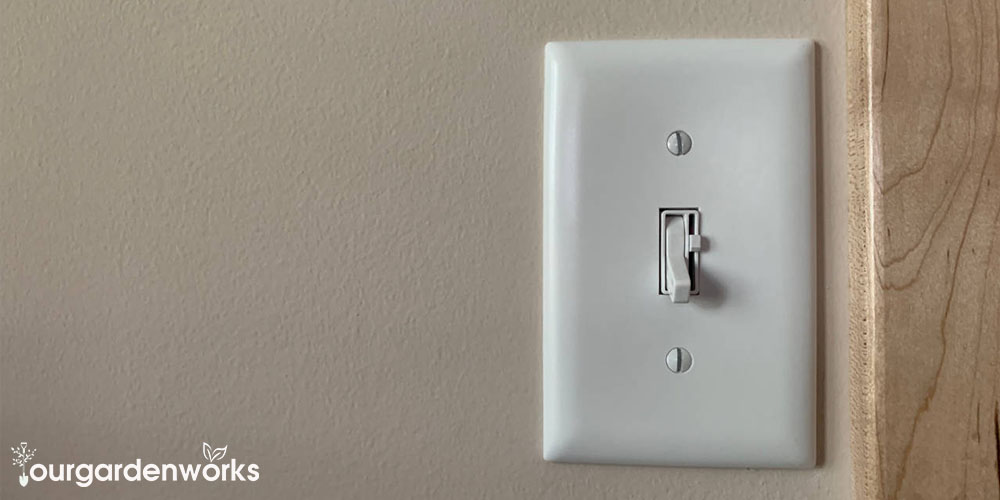 Changing or moving a light switch is one of the handy skills that you can have, especially during emergencies. Many people think it’s hard to move a light switch, but it’s easier than you think.

If you want to learn how to move a light switch for interior design fees or save on handyman fees, this article’s for you.

Electric shock is the last thing you may want to avoid in dealing with electrical wirings. So, here are the first things that you should prepare before moving your light switch.

Before you open your light switch, it’s essential to know what kind of light switch you’re moving to another location.

The type of light switch that you have determines how many terminals you need to connect to the wires and the proper way on how to connect it to the main supply of power.

The following are the basic types of switches:

1. Single-pole switch is a type of switch that allows you to control the light in one location. It has two terminals: one for the wire the supplies the power to switch and the other for the outgoing wire. It also has a terminal for a ground wire.

Pro tip: Ground wire is the green or plain wire connected from the switch to the wire buried in the ground. The main purpose of the ground wire is to release the excess electric charges to a safe place to go to avoid shocks and fire.

2. Double-pole switch looks like a sing-le pole but it has an additional two hot terminals because it can handle more loads of electrical charges than the usual switch. It can handle 30 amps of electricity and is commonly used to power heavy-duty equipment and motors.

3. Three-way switch is used when the light can be controlled in two different locations. It has three hot terminals; one for the common terminal and the other two for the traveler terminals that sync the power with the other switch.

4. Four-way switch is the type of switch that is used to control lights in three or more locations. It is usually used with a three-way switch and commonly found in homes with long hallways or in big conference rooms that have a lot of lights.

Basic Parts of a Light Switch

We hope you recognized your switch above. Now, it’s time to identify the parts of the switch. We’ll use the most basic form of a light switch – the single-pole switch. The parts are as follows:

How To Move a Light Switch? – 11 Definitive Steps To Follow

Everything that’s mentioned above will all make sense as soon as you start removing the switch plate. First, you have to prepare the right tools for the job. These include:

1. Turn off power from the breaker

2. Take a picture of the wirings

Before you unscrew and detach the light switch, add a note on each wire. This step will help you remember how to put all the right wires to their respective terminals later. Then, take a picture of the wirings and terminals before you unscrew everything.

Switchplate is the outer layer of your light switch. It covers the internal components and is usually locked through the four snaps placed on every edge of the switch. Otherwise, it’s is locked through screws like the image below.

4. Trace the electrical wiring on the wall that connects your light switch

This step will help you check how far the wires can run to your desired light switch location.

5. Unscrew The Switch and Wires

Some people buy a new switch box and leave the old one in the previous location. However, if you want to use the same switch box, you can do so by unscrewing the switch box from the drywall.

7. Cut a Hole on Your Preferred Switch Location

Use the flat nose driver and hammer to cut a hole on drywall. If you have a cemented wall, you may need a drill to make way for the wires and cut a hole for the light switch. Another option is to expose the wires and switch box on the wall and use wire covering to make it look neat.

8. Put The Box and Screw The Switch To The Wires

Now it’s time to assemble the light switch on the new location. Use your notes or the pictures you’ve taken as reference in putting the right wires to the right terminals.

If the bare wires are not enough you have to remove a part of the insulation to lengthen the bare wires that you can tie around the screws on the terminals.

How to Remove Insulation on a Wire?

9. Check The Wiring and Look For Exposed Wires

Double-check your work for safety precaution. Look for exposed wires that may touch other components. Make sure all the wires are connected properly.

For safety, you may also wrap the switch with electrical tape to cover each terminal.

When the light turned on, you may now add close the switch and screw the switch plate on.

11. Repair The Old Location of The Light Switch

Restore and repair the hole in your wall by using wall sealants or cement. Just make sure there are no more exposed wires in the area before you work on it.

Tips in Moving a Light Switch on Your Own

Calling for the handyman’s help in moving a light switch that can be done in an hour or two can cost you a hundred dollars. So now that you know how to do it on your own.

Here are some tips so you can do these kinds of home projects with a blend of caution and accuracy.

Tip 1: One of the major causes of electrical failures and appliance damages is from unfixed or undetected loose connections. By using a wire nut, the bare wires are safely tied together and covered with insulation.

How To Use a Wire Nut?

Tip 2: The best way to figure out if you closed the right circuit breaker is to leave the lights on or the appliances plugged. This is not only for light switches but also if you want to replace or fix an outlet.

When the light or the appliance is still on even if you turned off the circuit breaker, chances are you got the wrong one. Continue checking until you find the right circuit breaker.

Electrical wirings are among the high-risk components of our house. Fires and electrical shocks happen if the electrical circuits are damaged or left unfixed.

However, as long as you secure the wires properly, connect the wires to the right terminals, and use the right tools, you can safely move your light switch. Make sure you do your homework and take note of every detail to avoid missing any step.

We hope that you learned a lot from this guide. Once you’ve mastered fixing your light switches, it would be easier for you to understand how plugs and other wirings work.

Learning about electrical circuits is quite intimidating at first, but you can get used to it later on.

If you find this guide helpful and easy to follow, share this post with your friends, and help them save from handyman fees too. Let us know how did this DIY project work for you in the comments below.

1 thought on “Do-It-Yourself: How To Move A Light Switch?”